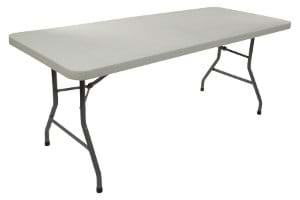 We're quite passionate about our NES Reliable Plastic Folding Tables. We think they are one of the best plastic folding tables in the marketplace, and we're always happy to explain why. We've been doing that in blog articles about why round tables are more conducive to conversation and in explaining how much plastic tables cost. We sometimes have to restrain ourselves from shouting from rooftops that our tables rock!

In the first video that we posted on our blog, Dennis talked about who our customers are, what products we sell, and why you should buy from National Event Supply. In this video, Dennis talks about all of our great NES Reliable Brand Plastic Folding Tables, including several of our new tables including the 6 foot and 8 foot NES Reliable Fold-In-Half Plastic Folding Tables, and our 6 foot NES Reliable Rectangular Plastic Folding Table with Adjustable Table Legs. The adjustable height table is perfect for rental companies who want a table that can do double duty as a regular rectangular banquet table or as a makeshift bar. It has adjustable table legs that expands from 29.25 inches to 43 inches in height easily without the need for tools.

We're going to have some more table related videos in the future. In the meantime, if you have any questions about our NES Reliable Plastic Folding Tables or any of our other products, please don't hesitate to ask any questions that you may have!

Over the past couple of weeks we've been laying the ground work for the upcoming trade show season. We've got deadlines for artwork for physical postcards, and dates for email reminders—it's like a miniature election campaign where we're trying to get out the vote. Part of this campaign is a blog article detailing what trade shows we're going to, where they are, and on what days they are being held.

We're going to be updating this blog article frequently as we get updated information including booth numbers. The best way to stay up-to-date on our trade show appearances would be to bookmark this article. 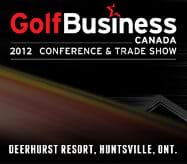 Our first trade show of the year will be in Huntsville, ON, where we will be attending the Golf Business Canada 2012 Conference & Trade Show: 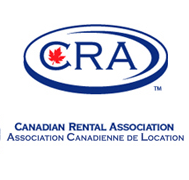 The new year starts off with a bang with three trade shows on back to back to back weekends. Our first trade show of 2013 takes us out to British Columbia. Check out our plastic folding tables at the 2013 BC CRA Regional Trade Show:

After a weekend in British Columbia showing off our tables, we're back in Ontario showing off everything that goes on top. Check out our Crystal stemware at the 2013 CRA Ontario Tabletop Show: 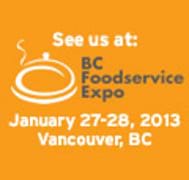 After a weekend in Ontario, we're back in beautiful British Columbia for the 2013 BC Foodservice Expo. This is the perfect opportunity for our western customers to take a look at our Quadrato Dinnerware or Hotelier Dinnerware:

After three weekends filled with trade shows we get a little break to get ready for The Rental Show 2013. We've got a big booth which we're going to fill with all of our great products. Need a reason to go to the show? We've got 5: 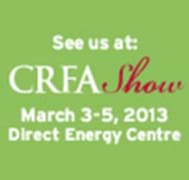 We get another little breather before we do 3 trade shows in a month. We'll be at home in Toronto for the 2013 CRFA Show. This is a perfect opportunity for our Eastern Customers to take a look at Dinnerware and Cutlery:

After a week off, we head to booming Saskatoon, SK for the 2013 Prairie CRA Regional Trade Show. We'll be showing off our Resin Chiavari Chairs while we bask in prairie hospitality:

Last, but certainly not least, is the 2013 Quebexpo. Do you parle vous francais? Speak with our bilingual trade show team about all of your wood table needs:

It's going to be a hectic trade show season again this year. We hope to see you at one or more of the shows, and would love it if you'd stop by our booth and talk to our friendly sales reps! If you have any questions about our trade show appearances or any of our products, please don't hesitate to ask!

If you've been reading our blog, you know that we're passionate about our products. We've written numerous blog articles about our chairs, tables, dinnerware, crystal, and cutlery, but writing articles isn't enough. Instead of just telling you that our products are great, we're going to start showing you with videos that show off the features that make our products so great. We've been wanting to do this for a while, and we've brainstormed a bunch of great ideas for videos that will highlight the strengths of products. And now that we've figured out how the camera works, we can start putting some them together.

In the meantime, we've put together three videos of our President Dennis Heathcote at this year's Canadian Rental Mart Show in Toronto. In this first video, Dennis explains who we are, what we do, why our products are so great and why you should buy from us! We also have a video about our great range of tables, and a video in which Dennis demonstrates just how strong our Crystal Chiavari Chairs are. Here's our first video. I hope you enjoy it!

We'll be posting the next two videos next week. If you have any questions about National Event Supply or any of our products, please don't hesitate to ask! 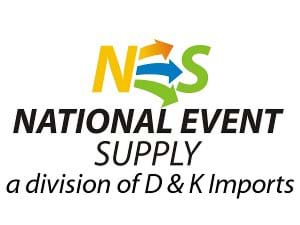 In January 2011, we issued a press release telling the world that D & K Imports was changing its name to National Event Supply. We announced that we would be expanding to Indianapolis and that we would be expanding our product lines. We've expanded our product lines, bringing in great new lines like our Serenity Crystal. We've fleshed out our porcelain wares, slowly adding items to new and existing product lines. We've even brought in new chairs, new tables, and new dollies to move everything around. National Event Supply was moving forward.

When we changed the name of the company, we also launched a new website and this blog. The old website, www.dandkimports.com, stayed up so that our existing customers who were familiar with the old website, could still find us and look for the products that they needed. However, as time went on the D & K website grew more and more out of date. New products weren't being added and the blog wasn't available.

That's why on October 1, 2012, the D & K Imports website was taken down, and links were redirected to the appropriate page on the National Event Supply website. This process was a little trickier than we would have liked, but with a little help we managed to get everything squared away and ensure that people would be able to find us at our new home. If you're coming here after trying to get to the D & K Imports, I hope that you are finding everything that you are looking for on the website, and that you find the blog articles interesting and informative.

As the year draws to a close, we're continuing to find new and exciting products that we hope you will love. If you've got any questions about National Events Supply, or any of our products, I hope that you'll drop us a line. 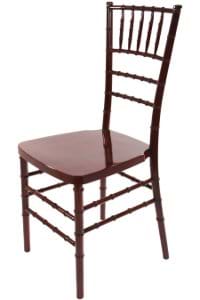 When considering the authenticity of the product, the clear choice between the two products is the wood chiavari chairs. Wood Chiavari Chairs have been around for over 200 years and they are still an extremely popular choice. For many people, when you think Chiavari Chair, it simply needs to be a Wood Chiavari Chair.

A third factor to consider is appearance. Obviously no one wants to spend their hard earned money on a chair that does not look good. In this case it is likely personal preference, colour dependent, and chair manufacturer specific. In our case we have had numerous people mistake our Resin Chiavari Chairs for Wood Chiavari Chairs. If you are more discerning however you will notice that the gold Resin Chiavari Chair will have a gloss finish when compared to the Wood Chiavari Chair which will be more of a matte finish. Additionally, Wood Chiavari Chairs typically come in a wider range of colours which means it may not be possible for you to find a resin alternative.

When you consider the strength of the Chiavari Chair, think about bracing and use of stronger materials (metal, higher-quality resins). Many people find that Resin Chaivari Chairs are far stronger. As an example, our NES Resin Chiavari Chair has been subjected to a 300lb drop test from 6” above the seat which it passes without any issues. Our Crystal Chiavari Chair (made of Polycarbonate) passes a 225lb drop test without any issues. Our Resin Chiavari Chairs get their strengh from steel supports which run through the resin itself. To get the strongest Wood Chaivari Chair, you'll want to make sure it is factory assembled. Knock down chairs simply do not have the same strength.Finally, look for Wood Chiavari Chairs that feature 4 braces on the bottom of the chair, locking the seat to the chair frame. By getting the braces, and buying a factory-assembled chair, you'll reduce the wobble that often comes with Wood Chaivari Chairs as the screws become loose in the wood.

In the case of Resin Chiavari Chairs versus Wood Chiavari Chairs there is really not a right or wrong choice. Either choice leaves you with a classic chair design that will be popular for years to come.