(0)
You have no items in your shopping cart.
Menu
Search
Wishlist
(0)
Filters
Personal menu
How many drinks can Fill n Chill tables hold? Announcing a New Way to Do Business with Us 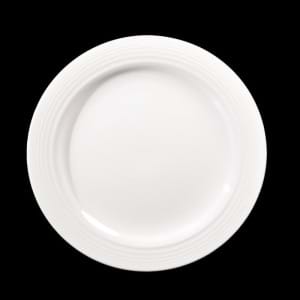 There are a number of party rental and event rental equipment suppliers as well as restaurant supply stores that sell dinnerware sets to party rental companies. It appears that so many suppliers sell dinnerware in terms of "sets" that party rental companies as well as restaurants have been conditioned to expect to be sold dishes that way. When we were recently exhibiting at the 2014 Rental Show in Orlando – we got asked numerous times how much each dinnerware line cost per set. In return, our answer was always "we don't sell dinnerware sets." I admit there were some potential customers that looked at us like we had a second head – until we explained why.

We don’t sell dinnerware sets for the simple reason that our customers don’t have the need to buy sets of items repeatedly. To put it in a simpler context, let’s look at this scenario:

If ACME Party Rental were to buy a 16 piece set (4 piece place setting for 4 people) and rented it out to an intimate event which broke 4 of the 16 pieces – ACME would be in a bind. They would either need to 1) mix and match pieces from their inventory to supplement the broken pieces or 2) buy an entirely new set from us.

Option 1 – mixing and matching pieces from their inventory to supplement the broken pieces works sometimes. But businesses with picky customers wanting a specific look know that option 1 doesn’t always fly.

Option 2 – buying an entirely new set works as well but then you have twice as many of some items and only 1 of the broken pieces. It also can be an annoyance to budget conscious customers who don’t want to pay for a set of 16 if they only need 4 pieces – which is totally understandable.

In party rental and in restaurants it makes much more sense for their businesses to be able to buy only the items they require. Because of this and because we’d rather not bundle sets and create a bad experience for customers, we only sell individual pieces.

For information on our different lines of dinnerware, why not download our Tabletop Catalogue.